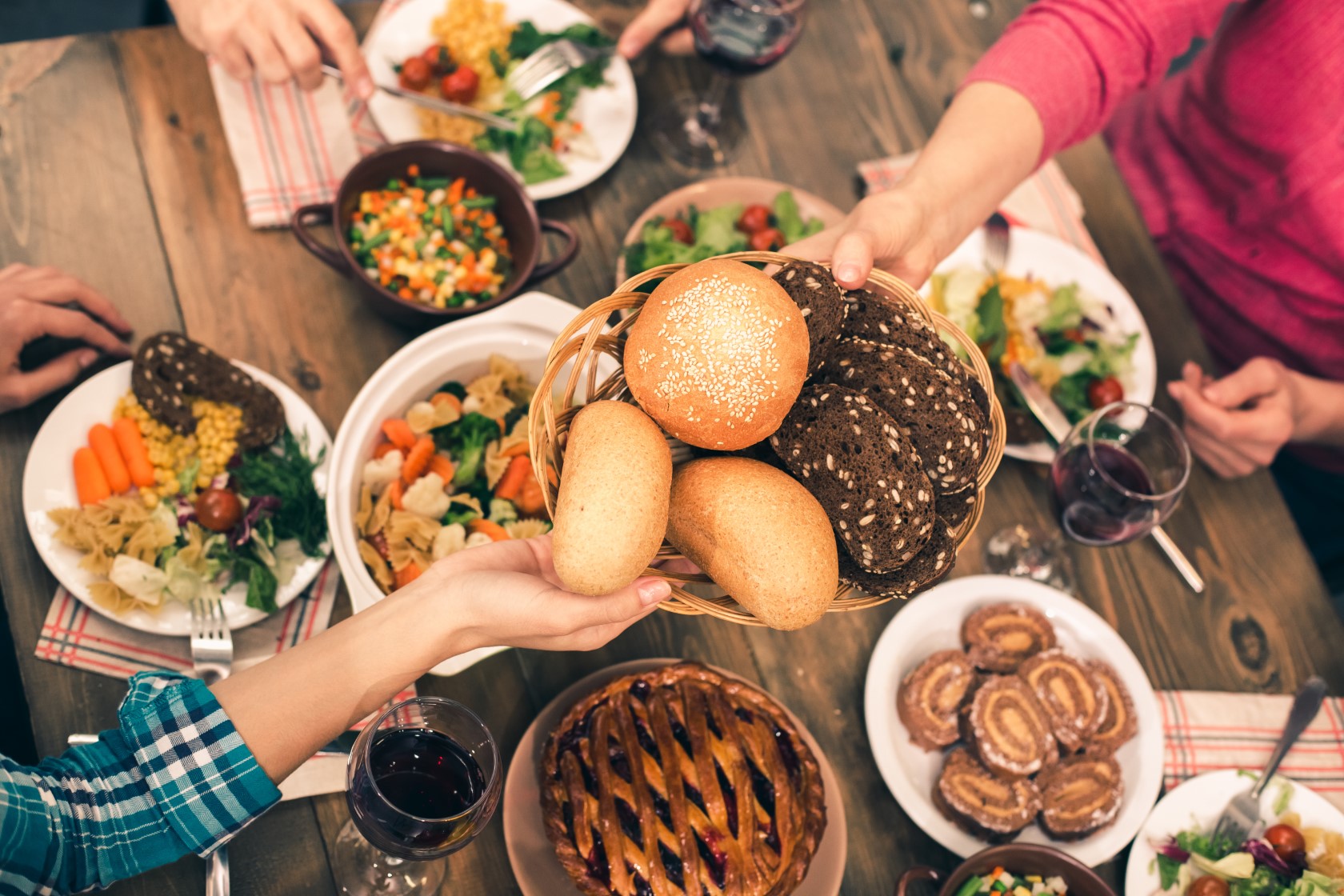 Get ready to take some notes, because PCOS nutritionist Martha McKittrick is going to explain why women living with PCOS do not need to be carb-phobic! In this science-backed article, Martha breaks down 9 carb-smart rules for PCOS.

Get your own PDF copy of these 9 carb-smart rules for PCOS to help you keep building a healthier, happier PCOS-friendly lifestyle.

First the bad news. I’m not going to advocate a carb free-for-all (sorry ladies!). I’m a proponent of “carb control” for the majority of my PCOS patients. After all, we know that insulin resistance is often at the heart of PCOS.

If the thought of eating pasta, bread, cereal or even fruit makes you break out into a sweat, you aren’t alone. The “carbs are bad” mentality is deeply ingrained into the minds of women with PCOS. As a nutritionist specializing in PCOS for over 15 years, I’ve counseled thousands of women with PCOS and see this carb phobia daily. I want to help clear up some carb confusion and explain why very low carb diets are not needed and may be even deleterious to the health of women with PCOS.

A quick review:
Insulin is secreted mainly in response to eating carbs in attempt to bring blood sugar levels back down to normal. The cells of women with PCOS tend to be less sensitive to the insulin. Therefore, more insulin has to be secreted in order to keep the blood sugar in a normal range. High levels of insulin can worsen PCOS symptoms and increase other health risks including heart disease and diabetes. But keep in mind that not all carbs cause insulin levels to spike. And let’s not forget, there is more to PCOS than insulin resistance – a lot more!

PCOS is Not Just About Insulin Resistance

While it usually plays a key role, insulin resistance is only part of the picture with PCOS. Low-grade inflammation is also associated with PCOS. While it tends to occur more in women who are overweight or obese, even lean women can have increased inflammatory markers. There is also an increased incidence of mood disorders, eating disorders, an increased risk of type 2 diabetes and heart disease, and reports of low energy levels. As if that’s not enough, recent research is showing that women with PCOS may have altered gut bacteria. And your gut microbiome has been shown to play a role in body weight as well as the risk of other diseases. Very low carb diets (especially if not done properly) can worsen all of these conditions.

Insulin levels: While it’s true that carbs have the biggest effect on insulin levels, not all carbs cause insulin levels to spike. It depends on what type of carbs you eat, how much, what you eat along with the carb, as well as your individual body composition. For those of you avoiding carbs and loading up on protein – did you know that some protein-rich foods including red meat and dairy also cause insulin to be secreted? This is something that many women don’t realize!

Inflammation: As previously mentioned, many women with PCOS have low-grade inflammation. Diet plays a major role in promoting or decreasing inflammation. Carbohydrate-containing foods such as whole grains, legumes, and fruits, along with fatty fish, olive oil, nuts, and seeds are anti-inflammatory. On the other hand, foods high in saturated fat (i.e. fatty red meat, butter, lunch meats), as well as processed foods and trans fats, tend to promote inflammation.

Mood: PCOS has been linked to an increase in mood disorders. Studies have found that low carb diets may negatively affect dieters’ moods. This may be due to feelings of deprivation on a low carb diet. However, another possible explanation is that low carbohydrate diets affect brain levels of the neurotransmitter serotonin, which is involved in regulating mood.

Eating disorders: There is also an increased incidence of eating disorders in PCOS. Feeling that a major food group (including many of your favorite foods) is “forbidden” can only exacerbate this risk.

Gut health: The gut microbiome is a hot research area. Studies show that changes in gut microbiota trigger the pathogenic mechanisms to promote obesity, type 2 diabetes, and metabolic syndrome – and possibly, PCOS. Along with your stress levels and exercise habits, your diet can play an important role in maintaining a healthy gut microbiome. The healthiest diet for your gut includes a variety of plant foods, especially leafy greens, legumes (beans, peas, lentils), and whole grains. These fiber-containing foods promote the growth of good bacteria.

If you’re interested in giving your gut microbiome a boost, try including probiotic-rich fermented veggies like kimchi. Limit intake of meat and other high fat-animal based foods and avoid artificial sweeteners, trans fats, and highly processed foods as they may have a negative effect on gut health.

Energy levels: Many women with PCOS complain of low energy levels. Carbs are the major source of fuel for your muscles and brain. Following a very low carb diet can make you feel sluggish and too fatigued to get a good workout. While it’s true that you can get energy from protein and fat, carbs are the body’s preferred source of fuel.

There is no “one size fits all” eating plan for women with PCOS.

Everyone has a different metabolism and gut microbiome which impacts how you metabolize foods. Some women feel great physically and mentally on a very low carb diet, whereas other women feel lethargic and deprived. Listen to your body and find what works best for you.

While some portion control should be involved, you do not have to strictly limit all carbs. Here are some guidelines to help sort through this carb confusion.

Get your own PDF copy of these 9 carb-smart rules for PCOS to help you keep building a healthier, happier PCOS-friendly lifestyle. Martha McKittrick, RD, CDE, CHWC is a registered dietitian who has been specializing in PCOS for over 15 years. She is on the health advisory board of PCOS Challenge and has lectured across the US on PCOS to health professionals as well as women with PCOS. She has written articles on PCOS in several professional peer-reviewed journals, in addition to writing the nutrition chapters in Dr. Walter Futterweit’s book on PCOS. Martha is passionate about helping women with PCOS take charge of their health with nutrition and lifestyle. She also specializes in weight management, diabetes, and IBS.

Contact Martha to inquire about the PCOS nutrition and lifestyle coaching she provides. 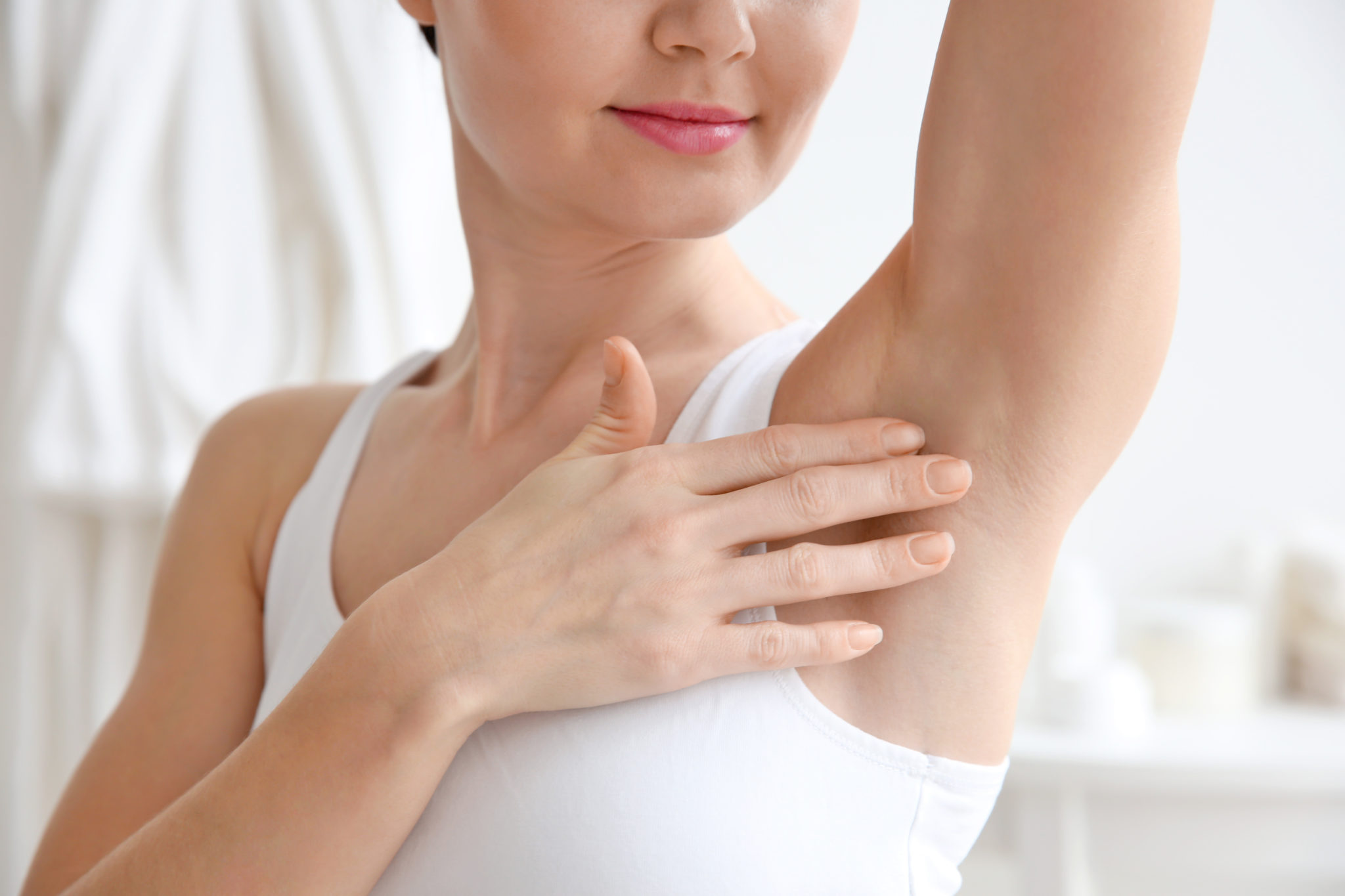 I’m a certified Personal Trainer and Nutrition Coach. I also happen to have Polycystic Ovarian Syndrome. I help guide guide women living with PCOS toward a lifestyle that gets their symptoms under control so that they have the time, energy, and confidence to thrive. My tips, plans, programs, and guides cover all the information I wish I had when I was first diagnosed.

Grab a free copy of my Weight Loss Action Plan and other free PCOS management resources.